The “Runs” page is a key area of the Waldo dashboard and where you'll spend most of your time. This is where you can see all the past runs for each of the different versions of your app, as well as where you can dive into each.

During a run, your test replays on multiple device configurations. Each replay completes with a specific status.

No matter the status of a replay, Waldo provides you with a couple of tools to help you understand what occurred during that replay: 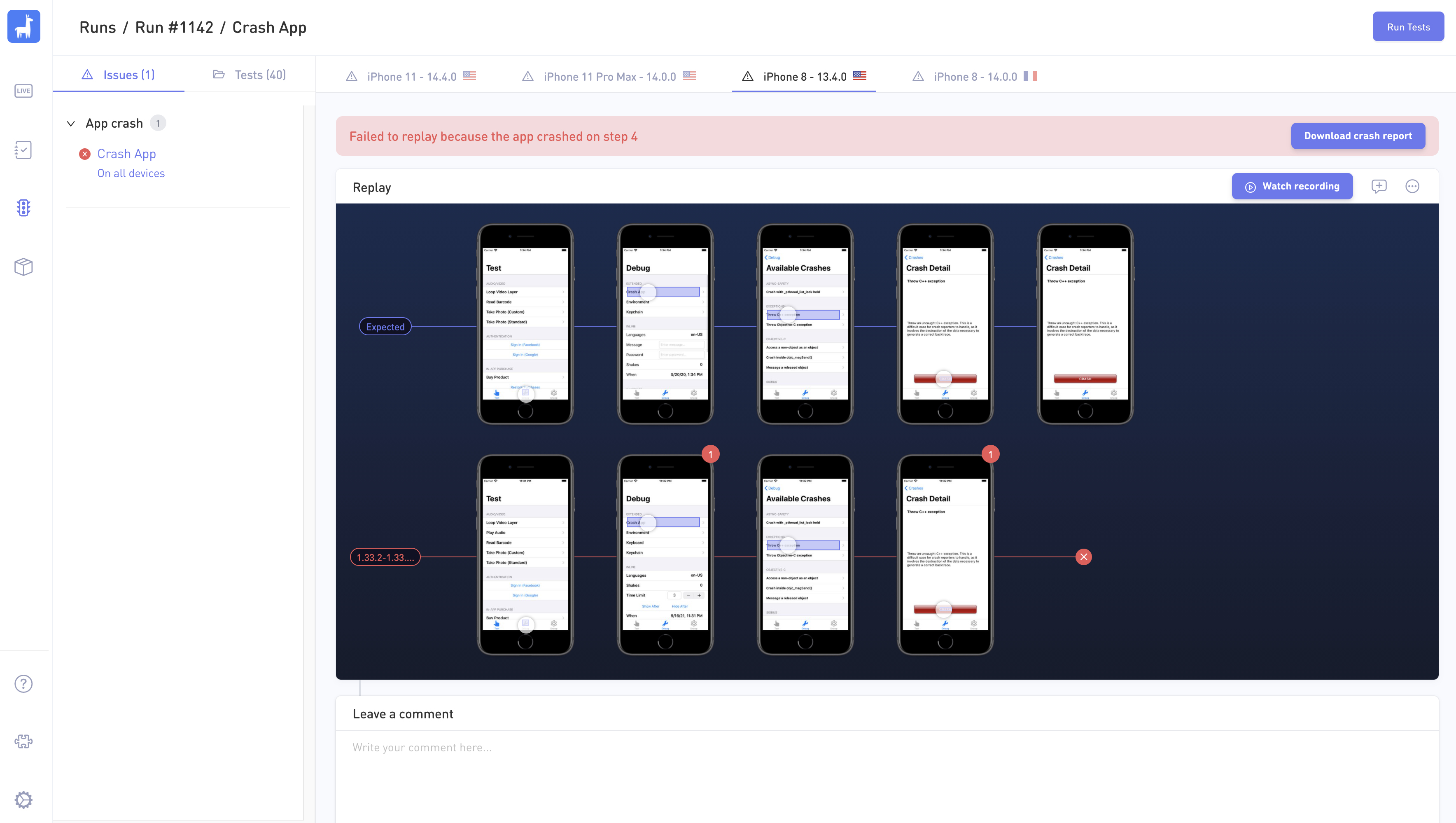 If your test fails to replay on a device configuration because your app crashed, Waldo indicates exactly where in the flow the crash occurred and what interaction caused it. 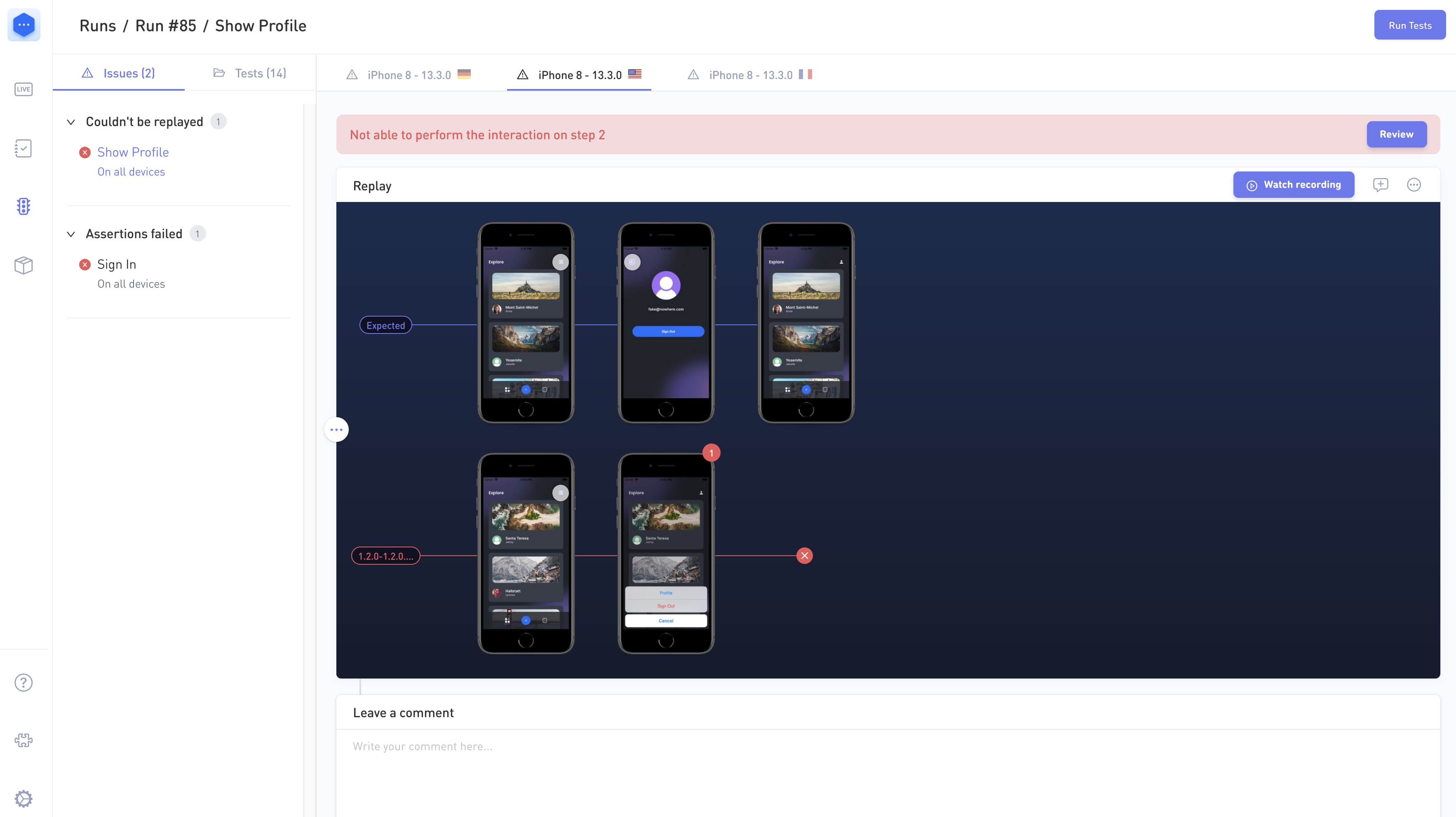 If your test fails to replay on a device configuration because of the current context, you should examine the replay to help you understand the failure. Typically, the failure is for one the following reasons:

If your app is simply not behaving properly, you can use the same approach as discussed previously under “App crashed” to diagnose the root cause of the problem.

If your app has changed, or Waldo cannot determine how to proceed on one step of the flow, or both, you can simply select Review. This will take you to the step Overview where you have multiple options: 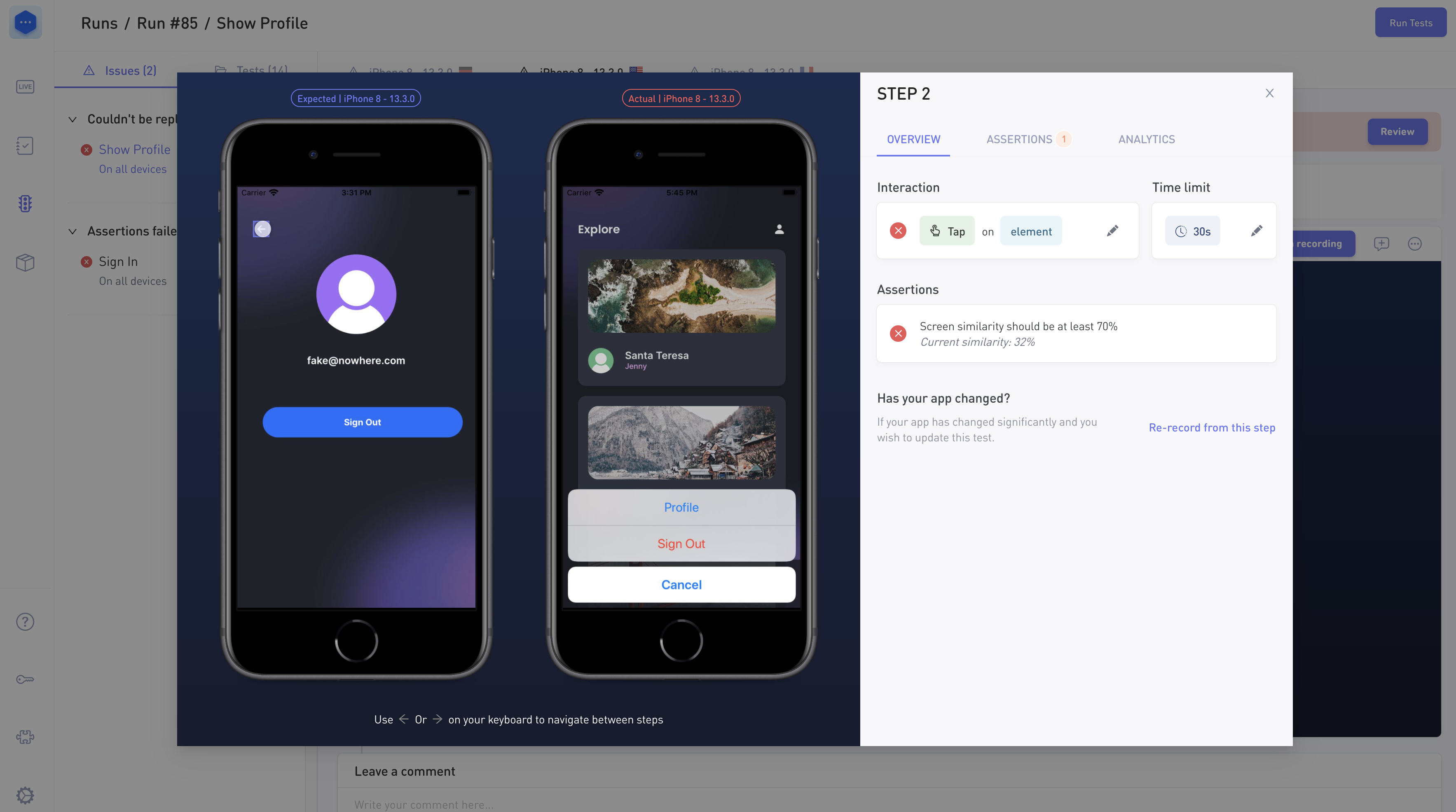 Even if your test replays successfully, Waldo may indicate one or more assertions that do not pass validation.

As in the case with “Cannot replay” discussed previously, you should first determine whether the failed assertion indicates an actual problem (the app is not behaving properly), or that the assertion needs to be updated (or removed entirely).

If you determine that the assertion is outdated, you can click on the Fix assertions button and either: 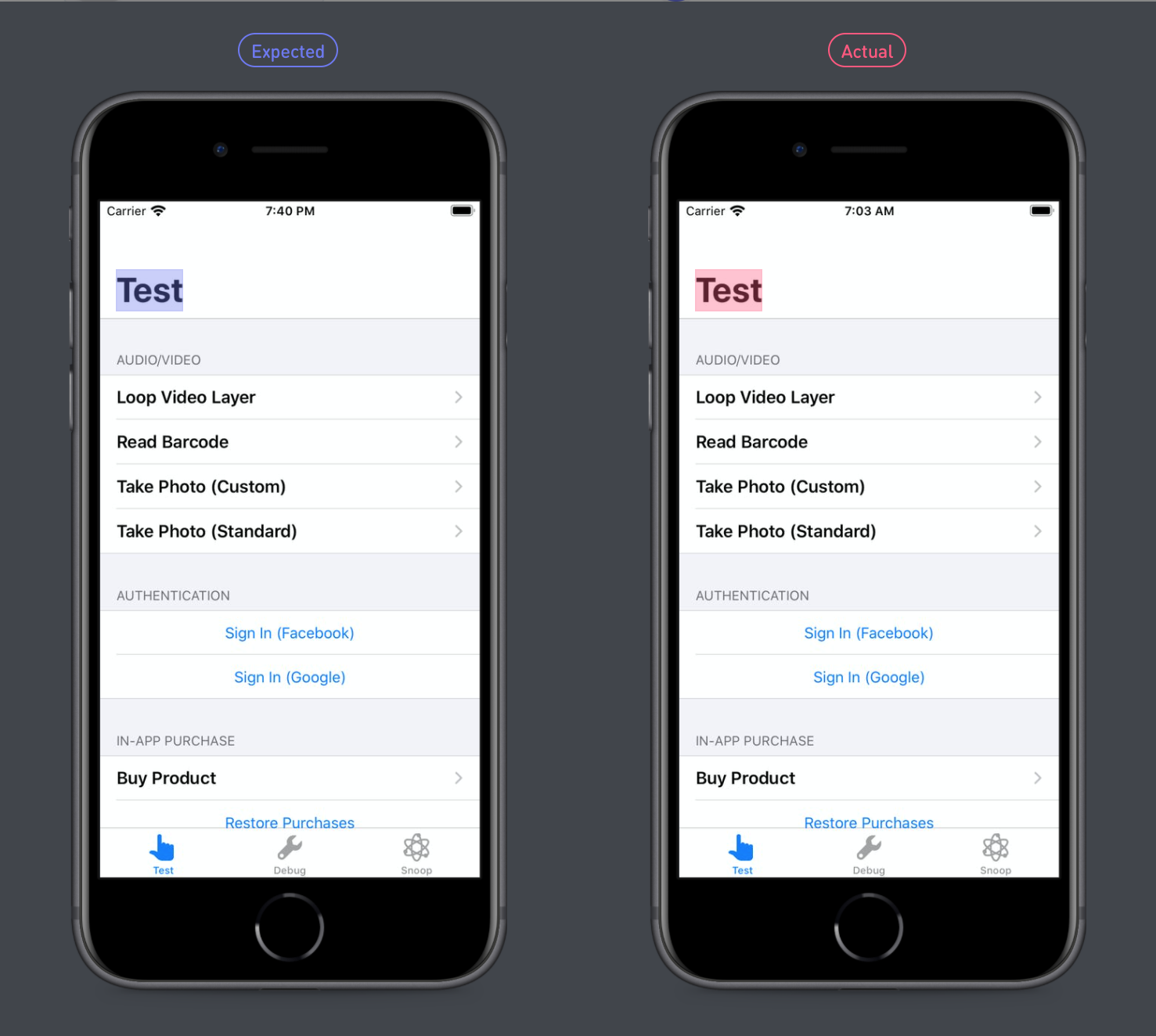 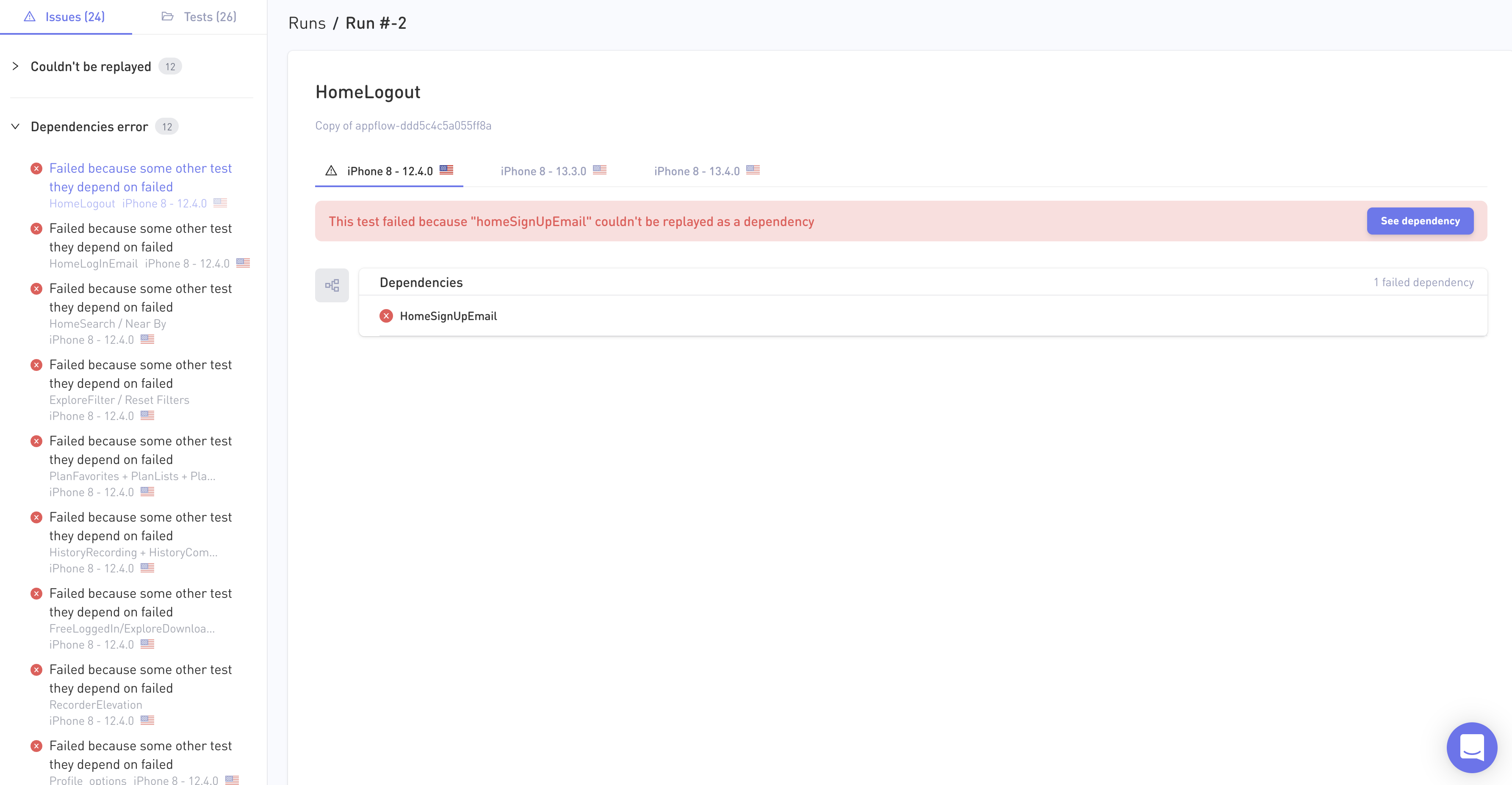 This status means that one of the dependencies could not be replayed properly. Thus Waldo was not even able to reach the point of attempting the replay of that particular test.

There is not much to do on the test itself. Instead, you should see how to fix the dependency test directly.

In some very rare cases, you might see a test in a dependency error status even if all other tests are passing. This can happen if one of the early tests is flaky. Consider this situation:

Recording a strong test suite early on is essential to ensuring your dependencies succeed in future runs. 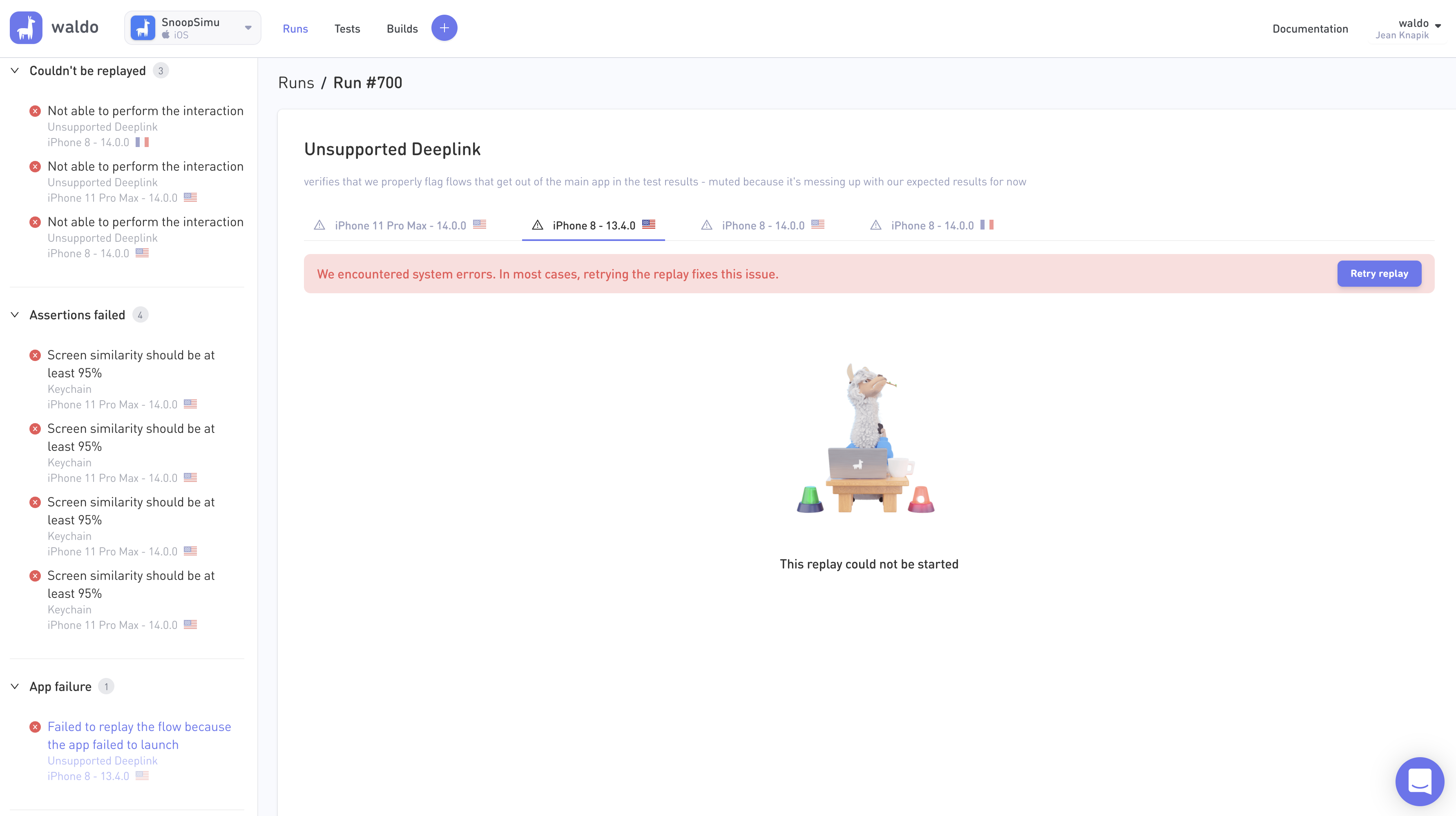 If we could not replay the test in Waldo for some network reasons (on our side), you will get an App failure error. It can usually be resolved by retrying the replay.