You can update an existing test starting from any given step. For instance, if your test is composed of five steps and you choose to update from the second step, Waldo launches the recorder and automatically replays the first step. Once the replayreplay - A replay is the evaluation of a test in a particular context: A specific device configuration (for example, “iPhone X on iOS 13.5 in French”), a specific application build, or a specific point in time. completes, Waldo gives you control of the recorder to update the rest of your testtest - A test is a flow combined with a set of assertions that define the criteria for acceptance. with new steps.

Note: The step you select is the first step that you want to change. 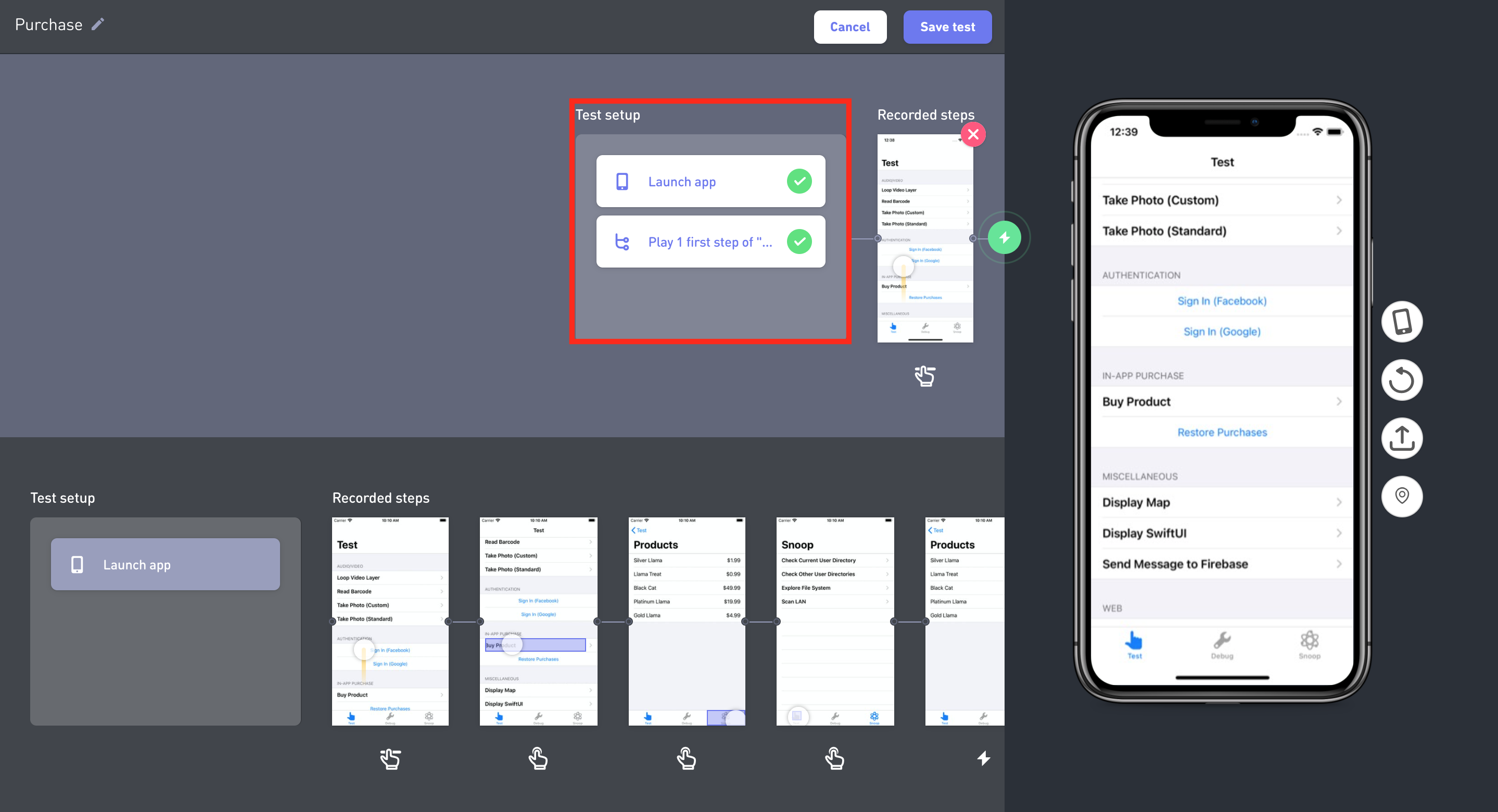 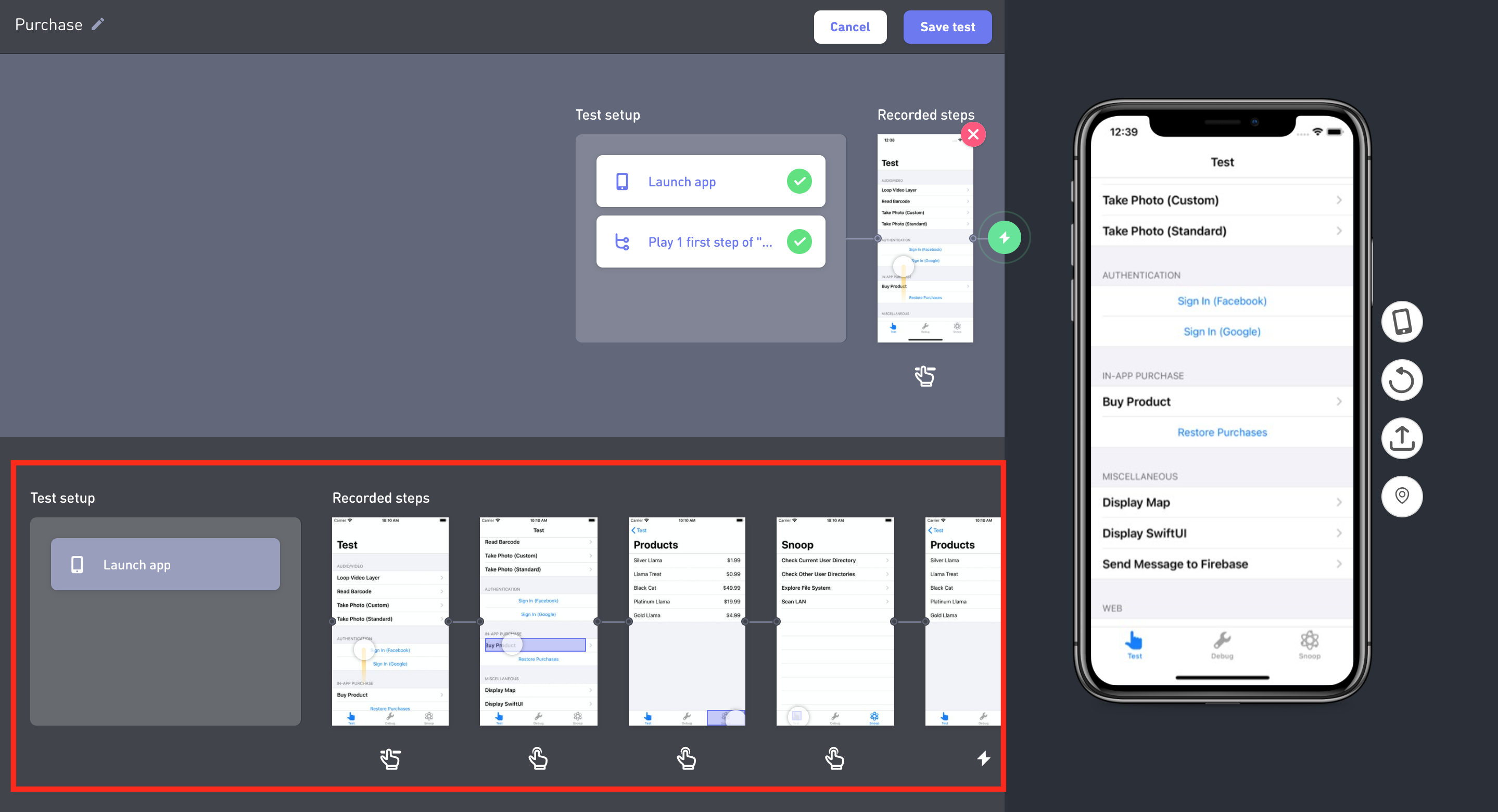 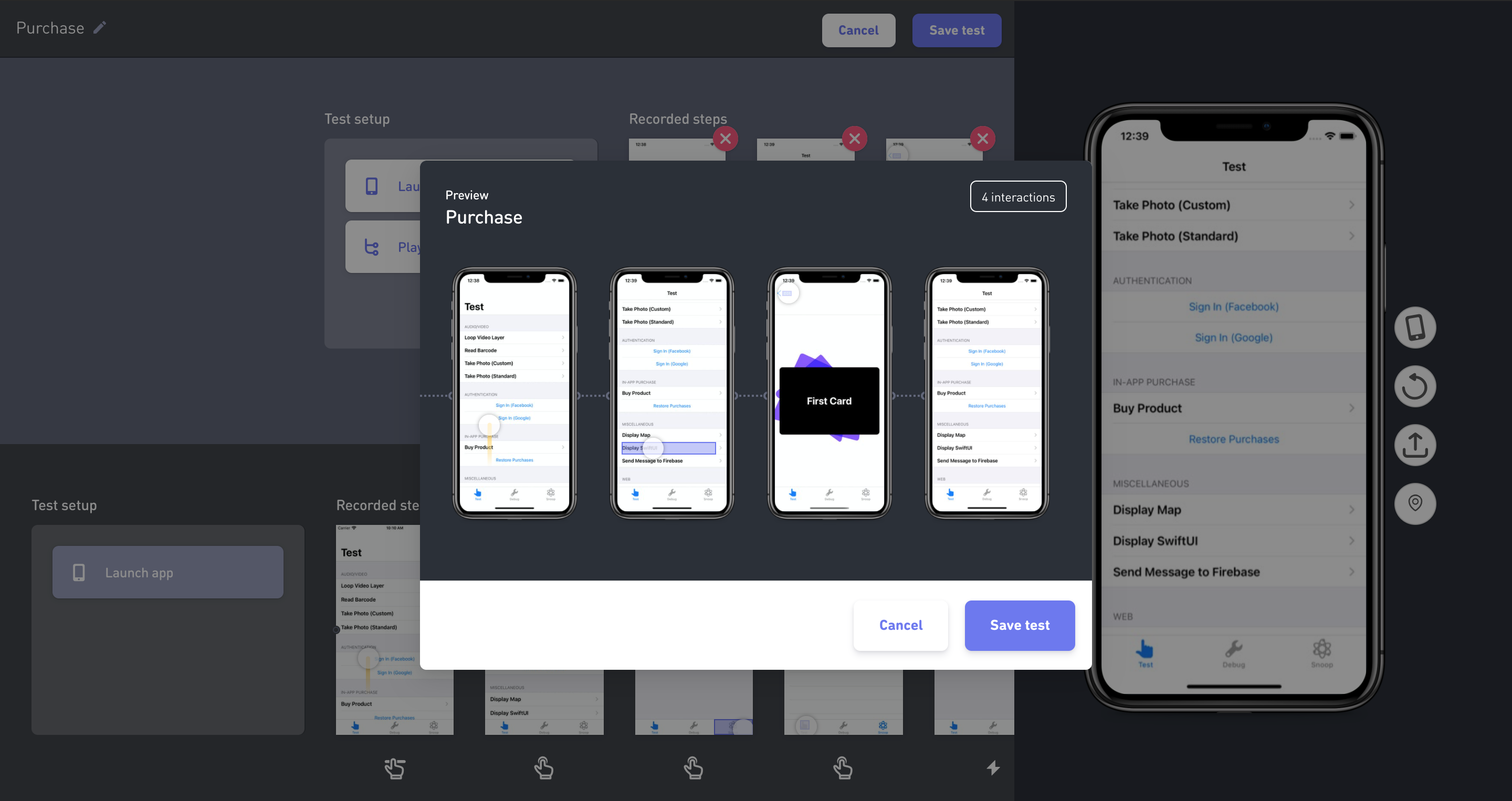